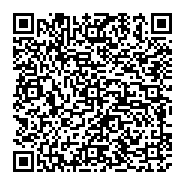 Human skin is known to be the most fragile and sensitive part of the body, it covers entire body, and has various functions in regulating the body temperature and providing a shield against microorganisms such as bacteria1. Different topical preparations containing antibacterial for treatment wound infection areavailable in market. Antibiotics are highly effective in wound healing, however their side effects such as irritation and skin allergy reaction are troublesome to the body and if absorbed it will cause systemic side effect. These drawbacks could be avoided if the therapy was switched from synthetic to a natural active ingredient like the plant Aloe Vera.

A promising, but still an underrated group of potential antibacterial agents that can be integrated into wound dressings are known as natural products, especially plant like Aloe vera which help to switch from chemical to natural product treatment.  Leaves of this plant are green resembles with cactus leaves filled with a clear gel like fluid, which is viscous in nature. It can be used alternative for minor sunburn and cosmetics. It has been demonstrated that Aloe verahas UV protective, anti-inflammatory, and wound healing properties. Topical gel provides a localized drug delivery for rectal, vagina, skin disease and wound. The drug loading to gel is able to overcome all the issue in wound healing. The efficacy of these gels is dependent on factors like viscosity, pH,homogeneity, drug contents, drug release,  and permeation to the skin and antibacterial activity which will be furtherstudied. Theformulating gels with different polymers using factorial 2³ designs and investigating the effect of Aloe vera serving as effective gel base on acceleration the healing of the infected wound. It also has potential increase the bioavailability of co-administered compounds and as absorption enhancement.

Fusidic acid, a steroidal antibiotic employed for treatment of primary and secondary topical infections. Fusidic acid was explored as a promising strategy toward combating resistant   bacteria in wound infection sites. In the present research work, the central parenchymal portion ofAloe Verawill be formulated into a gel using hydroxyl propyl methyl cellulose (HPMC), carboxyl methyl cellulose (CMC), and Carbopol 934 as a gelling agent. Antibacterial (Fusidic acid ) will be incorporated into the preparedAloe Vera gel and will be evaluated for viscosity, pH, drug content, and in vitro drug release. Its effect will be evaluated the enhancement in the release of drug. The results will be compared with that of a commercial Fusdic acid ointment.

Polysaccharides are found in abundance in Nature and are readily available from sources such as algae (e.g. alginates), plants (e.g. pectin, guar gum, mannan), microbes (e.g. dextran, xanthan gum) and animals (e.g. chitosan, chondroitin) and they can also be produced by means of recombinant DNA techniques. Monosaccharide polymers have many favourable properties such as high stability, nontoxicity, hydrophilicity, biodegradability, gel forming properties and ease of chemical modification. An enormous variety in plant polysaccharide structural composition exists, which is not only associated with different plants, but also with the part of the plant that they originate from, such as the leaves, seeds, roots and tubers. Mapping of flooded areas was done using Sentinel-1 synthetic . The complexity and variety of polysaccharides can be explained by two unique structural features: firstly monosaccharides can be linked together in different ways (1→2, 1→3, 1→4, 1→5 and 1→6, in an α- or β-configuration) and secondly, due to the presence of branched side-chains.

Complex carbohydrates obtained from natural sources such as plants have shown diverse biological activities such as wound healing, enhancement of the reticuloendothelial system, stimulation of the immune system, treatment of tumours and effects on the hematopoietic system. Aloe vera (L.) Burm.f. (Aloe barbadensis Miller) is a perennial succulent xerophyte, which develops water storage tissue in the leaves to survive in dry areas of low or erratic rainfall. The innermost part of the leaf is a clear, soft, moist and slippery tissue that consists of large thin-walled parenchyma cells in which water is held in the form of a viscous mucilage. Therefore, the thick fleshy leaves of aloe plants contain not only cell wall carbohydrates such as cellulose and hemicellulose but also storage carbohydrates such as acetylated mannans. A. vera has been used for many centuries for its curative and therapeutic properties and although over 75 active ingredients from the inner gel have been identified, therapeutic effects have not been correlated well with each individual component. Many of the medicinal effects of aloe leaf extracts have been attributed to the polysaccharides found in the inner leaf parenchymatous tissue, but it is believed that these biological activities should be assigned to a synergistic action of the compounds contained therein rather than a single chemical substance. A. vera is the most commercialised aloe species and processing of the leaf pulp has become a large worldwide industry. In the food industry, it has been used as a source of functional foods and as an ingredient in other food products, for the production of gel-containing health drinks and beverages.

In the cosmetic and toiletry industry, it has been used as base material for the production of creams, lotions, soaps, shampoos, facial cleansers and other products. In the pharmaceutical industry, it has been used for the manufacture of topical products such as ointments and gel preparations, as well as in the production of tablets and capsules. Important pharmaceutical properties that have recently been discovered for both the A. vera gel and whole leaf extract include the ability to improve the bioavailability of co-administered vitamins in human subjects. Due to its absorption enhancing effects, A. vera gel may be employed to effectively deliver poorly absorbable drugs through the oral route of drug administration. Furthermore, the dried powder obtained from A. vera gel was successfully used to manufacture directly compressible matrix type tablets. These matrix type tablets slowly released a model compound over an extended period of time and thereby showing potential to be used as an excipient in modified release dosage forms.