Renewable Energy and its Impact on Life Quality in Urban Areas 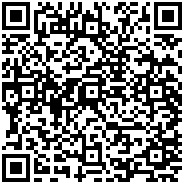 Global efforts by scientists and decision makers to slow down climate change and global warming have considerably expedited the development of renewable energy conversion systems and associated supporting technologies. Conventional power plants, such as natural gas power plants, are being phased out in order to realize worldwide efforts to reduce Greenhouse Gas (GHG) emissions, while more renewable energy conversion facilities and projects are being implemented.

In reality, despite the worldwide pandemic, demand for renewable energy has surged in 2020, and it is anticipated that 90 percent of future increases in power capacity will be from renewable sources. Wind energy has had the most growth among the renewable energy sources, with new capacity additions approaching 90% and a total additional capacity of 114 GW in 2020. Despite the epidemic, the forecast for the world’s wind energy sector is still favorable, with an anticipated annual growth rate of 4%, thanks to the implementation of governmental initiatives like China’s Feed in Tariff (FIT) and the Production Tax Credit (PTC).

Wind turbines use the electromagnetic effect to transform kinetic energy from the wind into mechanical torque that powers generators, which then turns the mechanical torque into electricity. The sweep area of the blades and the wind speed has a direct impact on the amount of power that can be generated from the wind. The output power is proportional to the square of the rotor’s radius and to the cube of wind speeds. To maximize the amount of wind power that can be harvested, technologies to enlarge the rotors have been investigated. The biggest wind turbine in the world, it has a 15 MW capacity and a world leading sweep area of 43,742 m2. With the widespread implementation of RETs, improvements have been developed and put to the test to boost the efficiency of wind energy converters.

Some of these focused on radial wind turbines operational structure optimization. The turbines’ outside bladeless design tries to boost the power coefficient. Through the provision of online diagnostic and prognosis for wind turbines, the design enhances the field of operation and maintenance. This is crucial to reducing the wind turbine systems’ total operating costs, which encourages investments in wind energy generation. Similar to solar systems, wind energy is hampered by the erratic availability of the winds. The inconsistencies in wind speed make it difficult to capture wind energy efficiently and develop conversion technologies, necessitating further study. To this goal, numerous literature works on wind energy systems are examined to ascertain the most current developments in research pertaining to wind energy that directly help the RET sector as a whole.

The size of the wind turbines was greatly increased thanks to much advancement made in the power electronics and management of wind energy conversion systems between the late 1980s and the early 2000s. The completely regulated rotational speed of the generators was made possible by developments in and studies of Doubly Fed Induction Generators (DFIG) and fully synchronous or asynchronous generators. This has a number of advantages, including a reduction in the mechanical stress on the wind turbines, improved wind turbine performance throughout a broad range of wind speeds, and greater grid integration of wind power.

Recent technologies like wind energy collecting and wind energy scavenging in urban environments resulted from this. A typical wind turbine uses the electromagnetic effect to capture wind energy and transform it into electrical energy. A few restrictions on this traditional layout prevent its widespread use in urban settings. In addition to being costly, the construction calls for the development of enormous turbine blades, restricting the regions where wind farms may be installed.

Copyright: © 2022 Z. Jiuyu. This is an open-access article distributed under the terms of the Creative Commons Attribution License, which permits unrestricted use, distribution, and reproduction in any medium, provided the original author and source are credited.